What is in this document?

Who should be reading this document?

What isn't in this document?

The primary motivations for having a structured HCA metadata standard are to:

The primary motivations for the entity model chosen to describe the HCA metadata standard are to: 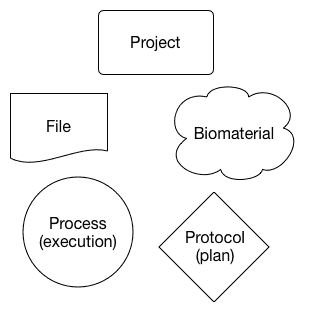 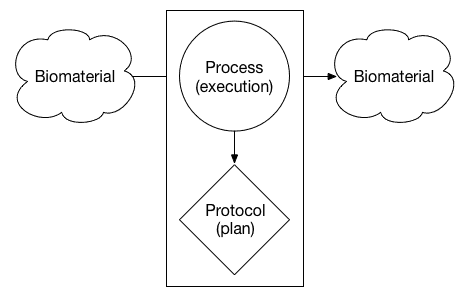 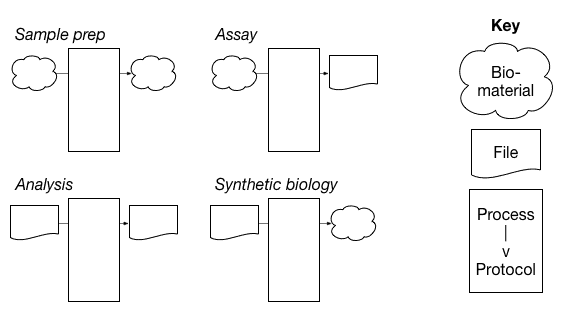 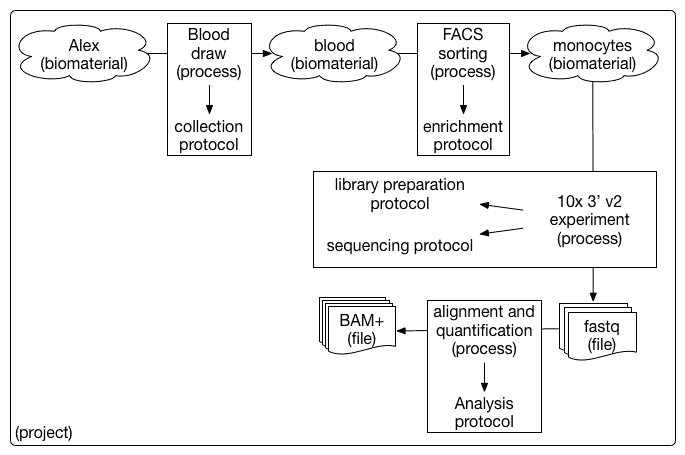 Each instance of a project, biomaterial, protocol, process, and file entity is represented by a specific Type metadata schema. For example, in the HCA metadata standard each donor biomaterial is represented and described by the donor schema. Each Type schema includes a set of fields specific to describing that particular entity, and also inherits a set of core fields for that entity type - represented in a Core entity schema - and an optional set of thematically related fields - each set represented in a Module entity schema.

Most metadata fields in Core, Type, and Module schemas are provided by data contributors during the submission process. A subset of fields in the metadata standard, however, are provided by the Ingestion Service component of the DCP. These ingest-supplied fields include the following:

Ingest-supplied fields contain metadata about the submission (e.g. when metadata was uploaded to the DCP) and about the schema being used. Data contributors will never submit values to these fields directly.

In addition to ingest-supplied metadata fields, the ontology and ontology_label fields present in all ontology schemas will be populated by a look-up service based on the value supplied by data contributors in the corresponding text field in each ontology schema.

The metadata standard is stored as a series of individual schemas which represent the entities and fields associated with them (e.g., project.json, biomaterial_core.json, sequencing_protocol.json). The schemas are stored in a single versioned control GitHub repository alongside documentation about the schema, the meaning of their content, and the update process. Anyone can propose changes to the schema through GitHub pull requests and issues. Only a specific list of committers will be allowed to approve pull requests and release new versions of the metadata schemas.

Each JSON metadata schema is self-describing using the $id field with a URL to the location of that specific version of the schema.

In the donor_organism.json schema, the $id field looks like:

Each metadata document for a Type entity requires a property - describedBy - that explicitly records the URI of the metadata schema which represents it.

In the donor_organism.json schema, the describedBy field is specified as:

In a metadata document representing a Donor organism entity, the describedBy field is expressed as:

The structure of metadata schema URIs follows the convention:

Some example URIs include: